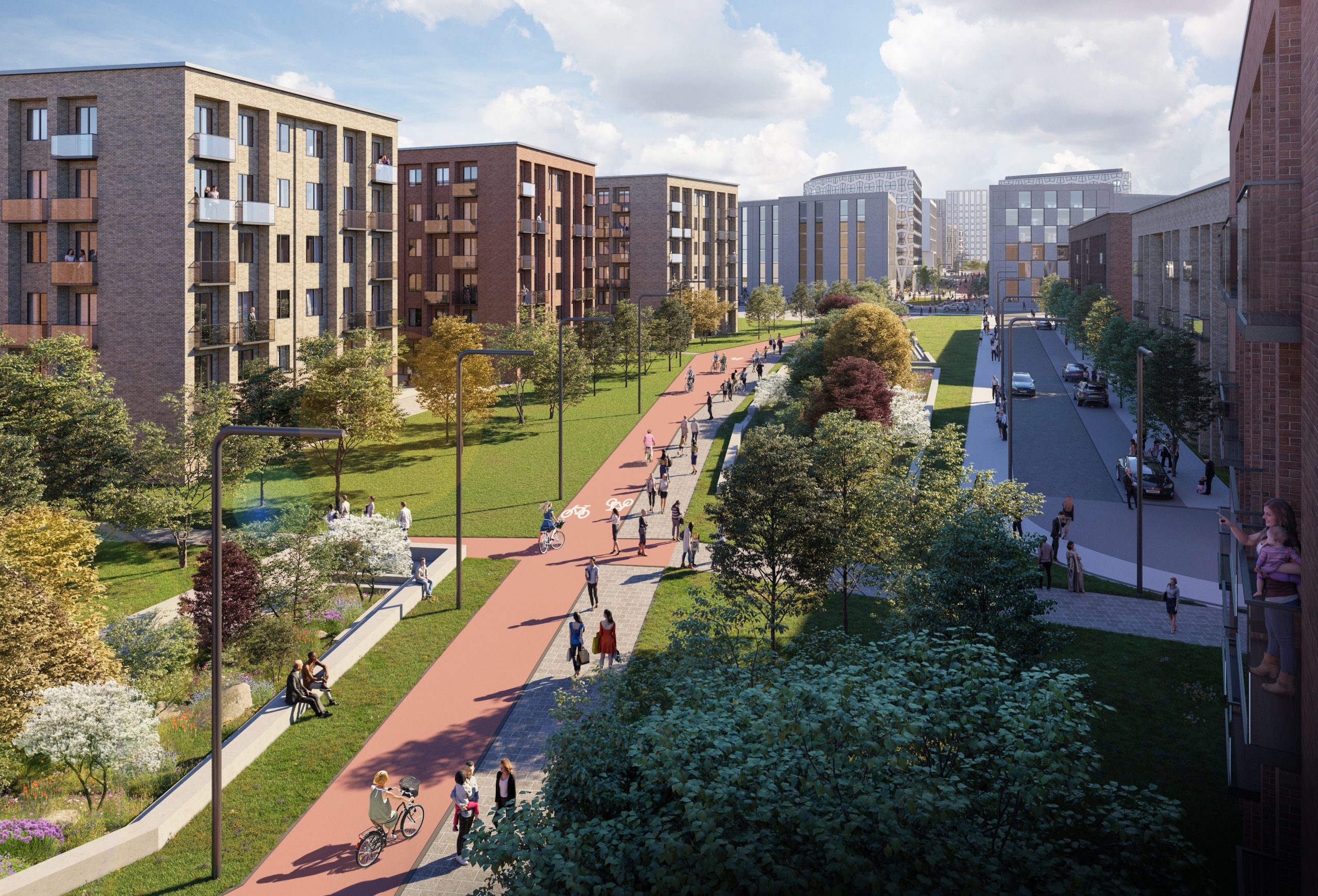 By CrosswindDevelopments 4th July 2022 No Comments

● Crosswind Developments’ appeal for its Elements Edinburgh planning application has been passed by the planning reporter to Scottish Government Ministers for a final decision
● The development, which includes a Digital Quarter, would bring much-needed global investment to Scotland, generate 6,600 jobs and boost Scotland’s GVA by £460m per year
● Proposal is for 2,500 homes and more than 1M sq. ft of commercial space
● Elements Edinburgh’s Digital Quarter would support start-ups, growing digital businesses, and global tech firms

An application to build a new Digital Quarter on a major brownfield site in West Edinburgh which could help boost Scotland’s technology sector, generate more than 6000 jobs and build 2500 much-needed homes is now with Scottish Government ministers for a decision.

The application, by Crosswind Developments, for the site on the decommissioned crosswind runway near Edinburgh Airport, one of only two major brownfield sites identified as suitable for large-scale development by the City of Edinburgh Council, should have been considered by city planners by December 2020 the latest.

As they were unable to make a decision within the required timescale, an appeal was then lodged by Crosswind in April 2021.

The Scottish Government initially indicated that the outcome of the appeal would be decided as part of a wider look at the development strategy for West Edinburgh but there has been no progress on this.

John Watson, CEO of Crosswind Developments is optimistic about a positive decision and confident ministers will want to capitalise on the inward investment available for Scotland.

“We believe our focus on digital industries, inclusive living and our commitment to net-zero carbon operationally mean our development is of national significance for Scotland.

“We’re looking forward to positive engagement with ministers on our proposal and we’re 0ptimistic they’ll be as keen as we are to unlock West Edinburgh’s jobs and housing potential to global investment. We hope they’ll also be eager to avoid a repeat of the Murray Estates Garden District decision timetable which was with ministers for around five years before being approved.”

The plan for the Garden District, which is near to the Elements site, was approved earlier this year but only after a lengthy delay.
Watson continued: “We remain committed to West Edinburgh and are ready to proceed as soon as we receive a positive planning decision. Unnecessary delay is no one’s interest, especially at a time when global private sector investment is becoming more competitive to secure and much more critical to Scotland’s economic development”

Elements Edinburgh will deliver a 20-minute, low-traffic neighbourhood with 2,493 much-needed homes, 35% of which will be affordable. All residential units will be flats or apartments in blocks of 4-6 storeys within 500m of generous open green space. The scale and density will be urban, rather than suburban, with pedestrian priority and high-quality public realm.

With a Digital Quarter aimed at building a home for global and local technology companies at its heart, Crosswind has been determined to make Elements Edinburgh a sustainable and inclusive development which could play its part in Edinburgh’s “green recovery” from Covid.

Find out more or adjust your settings.

This website uses cookies so that we can provide you with the best user experience possible. Cookie information is stored in your browser and performs functions such as recognising you when you return to our website and helping our team to understand which sections of the website you find most interesting and useful.

Strictly Necessary Cookie should be enabled at all times so that we can save your preferences for cookie settings.

If you disable this cookie, we will not be able to save your preferences. This means that every time you visit this website you will need to enable or disable cookies again.